Commerce City is a bustling suburb north of Denver surrounded by plains and wide open space that has continued to grow explosively year after year according to recent census data. First impressions of Commerce City suggest it is growing that quickly simply because of its proximity to Denver, but upon closer exploration it is revealed that Commerce City has a rich culture and industries of its own.

The city government there prides itself on keeping a pulse on what residents are feeling and their overall satisfaction with where they live. Results from the annual poll can be found on their city website. Commerce City also has a healthy economic outlook thanks to the oil and agriculture industries providing stable employment for many residents. There are new developments being built every year for first time homebuyers as well as seasoned investors. Neighborhoods are considered very safe and there are a multitude of community activities to attend as well as plenty of golf, hiking trails, and public parks.

While living in Commerce city, you will have access to not only Denver’s incredible array of dining and entertainment but also local farmers markets, soccer games and one of the largest wildlife refuges in the country. The city center is close to major intersections for both 1-70 and I-25 giving you a wide array of options for weekend adventures and day trips.
As mentioned above, the economy in Commerce City is stable, and thriving. The reason for this is a combination of energy industry development, skilled trades, and entrepreneurial vigor. As with most areas of Northern Colorado the average education level of residents is high (usually a bachelors or further) along with a concentration of math and science trades. Bearing that in mind, Commerce City is much more ethnically diverse because it is considered a top relocation site for many of the big companies in the area.

The school district in most of the city is Adams County 14, which provides top quality public education. There are also several alternative charter schools which offer programs for leadership training and STEM (Science, Technology, Engineering and Mathematics).

For potential investors and entrepreneurs the opportunities in Commerce City are virtually limitless. The main industry there is still manufacturing because of the high concentration of railroads and highways, but other high tech and science related jobs have begun to open up with more and more companies opening hubs in the area. The last count done by the city government put the number of companies at 1,300.

For real estate investors the timing could not be better to snap up a rental property or two in the multitude of new developments and neighborhoods. Since most properties were constructed in the early 2,000s the vast majority of the houses on the market are newer, and that means that the demand for new housing is only increasing.

Once you have settled on a new property who is going to handle the stressful job of finding quality tenants as well as keeping up with maintenance? That is where HighPoint Property Management comes in to partner with you. Our dedicated staff is only interested in seeing your new investment grow as much as possible.

"We give our clients their time back, consistent cash flow, piece of mind, and a stress free experience."
- Brad Coen, Founder and Owner

We use a number of powerful marketing techniques to connect with local tenants. Our team works quickly to ensure we fill your vacancy quickly. Protect your bottom line with us working on your behalf.

All applications we receive undergo careful screening to ensure we only place highly qualified renters. We review financial and background information to keep you protected.

Keep your earnings filtering in on time each month. Our accounting specialists keep all tenant accounts current, process incoming payments, and disburse earnings directly to your bank account each month.

When problems occur inside your rental property, you want to know you have the experts on your side. We coordinate repair visits, handle all associated billing, and keep your rental in good shape.

Regular property inspections form a pivotal part of our management approach. We routinely visit every home in our portfolio, checking for problems & enforcing the terms of each tenant's lease.

Keeping your finances in check shouldn't feel like an impossible job. Our team tracks your performance and generates monthly statements for your review. Sign in at any time to take a look.

Our careful screening process helps us avoid most tenant issues, but if a rental situation ever takes a turn for the worse, we will take the necessary steps to evict the occupant.

Don't get tripped up by Colorado's landlord-tenant laws. At HighPoint Property Management, we make sure your rental home stays compliant with the rules & keep risk off your shoulders.

We Focus on Healthy Communication

Staying connected to our clients is an important part of our property management approach. We are always happy to answer your phone calls and emails and we never stop working to find innovative solutions to your biggest rental headaches.

Our Team is Made up of Property Investors

When it comes to keeping rental homes performing optimally, you need to have the best of the best by your side. At HighPoint Property Management, we're not just managers with good ideas—we also own rental homes and we use the same proven techniques we rely on to get you great results.

Denver's Best Vendors Partner with Us

When a big problem crops up, we know who to call. Our team has the privilege of working with some of the best contractors and tradesmen in the Denver area. These partners help us deliver quality results and ensure your home receives the right care at the right price.

Powerful Technology Keeps Us in the Loop

Unlike some property managers still stuck in the past century, we use the digital tools available to make things convenient for our clients and tenants alike. From online rent payments and repair requests to syndicated property listings, we're a fully modern firm.

"I've dealt with the larger property managers in Denver and HighPoint Property Management is a different breed. They had our property listed and rented in only a few days and were thorough in their screening process and communication."

"I hired HighPoint Property Management after researching several different property management companies. Once we put the place up, it rented within 2 weeks for full asking. They are willing to go the extra mile to make sure your home is taken care of!" 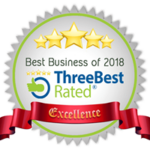 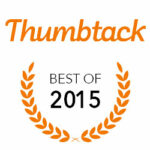 Get a Free Rental Analysis.

Determine the current rental value of your property.

Find out how to boost your monthly earnings.

Learn whether your property fits our management approach.

Hear what our clients have to say about us

If you own rentals in Denver or the surrounding suburbs, including Broomfield, Erie, Westminster, Arvada, and Brighton, working with a property manager who has the knowhow and experience necessary to succeed makes a world of difference. At HighPoint Property Management, we are committed to helping our clients succeed and ensuring you maximize the return on your residential property investment.

Our team has successfully helped countless property owners. Not only do we handle the day-to-day needs of your rental home, but we also stategize to help identify areas of potential growth for your portfolio. Our team is friendly and knowledgeable and we go the extra mile again and again to help you reach your benchmarks. Learn more today by scheduling a free consultation.